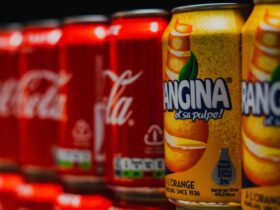 Sugary Drinks Increase the Chance of Death in Colorectal Cancer

Those PlayStation Plus users who are also Extra and Premium members can benefit from the generous lineup of the subscription service for August 2022. Exciting games will be up for grabs starting August 16, and we’re glad to find out about them, thanks to the PlayStation Blog!

We’re glad to share the trailers and a few notes for at least a part of the games:

Make your way through the violent city of Tokyo from 1988 in this beautiful game! You may discover that getting rich is not as hard as it sounds, but it can come at a cost that’s way too big to pay! Yakuza 0 has something of Mafia II in it. The latter was another game set in the ’80s.

Here’s a relevant description of this game coming from the “PlayStation” YouTube channel:

One of the most beloved storylines in the franchise’s history has returned in full HD in the Dragon Engine for PlayStation®4. Kazuma Kiryu thought his Tojo Clan days were behind him. He and his young ward, Haruka Sawamura, have built a peaceful life from the ashes of conflict. All it took was a single gunshot to shatter that peace. With war on the horizon, the legendary Dragon of Dojima is pulled back into the world he wanted to leave behind.

Behaviour Interactive developed the survival horror game known as Dead by Deadlight. One of the amazing aspects here is that you can choose to play either by being on the good side or on the dark side. You can be either the killer or a survivor in Dead by Deadlight.

Which game from the list do you wait for the most and why? Feel free to tell us in the comment section!