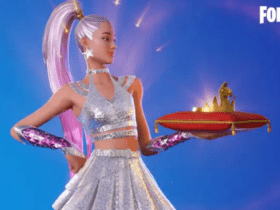 What is the Victory Crown in Fortnite Chapter 3 Season 1

Until now, each game in the legendary Grand Theft Auto series had its own protagonists. Each of those individuals had their unique charm and personality, which is precisely one of the reasons why many of us keep coming back to older GTA games from time to time.

We found out recently about a new massive leak speaking about when we can expect the long-awaited GTA 6 to come out, as well as a few possible details about the location, timeline, and gameplay. Now we’re hoping once again to let the cat out of the bag by exposing a new leak claiming to reveal two old characters that are supposedly making their return to the Grand Theft Auto series along with GTA 6.

Will Niko Bellic and Michael De Santa be present in GTA 6?

According to comicbook.com, a renowned GTA 6 insider and leaker claims that two iconic GTA characters will make their return to the series when the long-awaited GTA 5 sequel comes out. Those characters are none-other than Niko Bellic, the mercenary, war veteran, and protagonist of GTA 4, and the retired bank robber Michael De Santa from GTA 5.

The leaker stated, as the publication mentioned above quotes:

Niko Bellic was never caught for his crimes. Stories of ‘The Serb’ are still told in Liberty City occasionally, plenty of news articles mention him, and there’s even a nostalgic documentary about him,

The actions of GTA 4 cause gigantic power shifts in the criminal underworld and the weakening of almost every faction over the course of the game paves the way for the Von Crastenburg family to grow so quickly.

As for Michael De Santa, the leaker says that Ned Luke, the voice actor behind the character, has been working recently with Rockstar Games. It’s unclear if it was for GTA 6 or just for an upcoming update for GTA Online. But hope dies last!