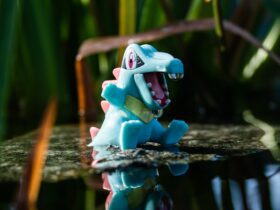 Google Pixel 6 has already stirred quite the buzz lately, thanks to its predecessor’s success. Rumour has it the new series will pack some of the best features and design.

The fresh leak comes from the popular tipster, Jon Prosser. He says that the following specs and features of the Google Pixel 6 series will be the final version.

Google Pixel 6 is said to flaunt a 6.4-inch AMOLED panel, while the Pro model, a 6.71-inch P-OLED display from LG.


Under the hood, both smartphones will draw their power from a custom-made processor dubbed Whitechapel SoC. Google Pixel 6 will feature 8GB RAM and 128GB/256GB onboard storage, while Google Pixel 6 Pro will pack 12GB RAM + 512GB storage configuration.

According to the new leak, the processor is based on Samsung’s 5nm architecture.

Some sources claim that the chipset won’t be as powerful as the Exynos 2100 SoC or the Snapdragon 888. However, the processor could be somewhere between Snapdragon 865 and 888 in terms of raw performance.

Details about the upfront camera are still unknown, but we might as well expect some decent configurations.

A battery of 4.614mAh is said to keep the lights on for several hours on Google Pixel 6, while the Google Pixel 6 Pro will pack a 5,000mAh battery.

More information about the smartphones’ release date, price tags, and availability will be available in the coming months!