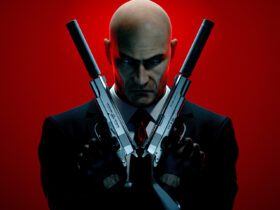 Black Friday has offered some amazing deals this year through multiple stores, and now it’s time for the Lenovo ThinkPad X1 Carbon laptop to catch our attention. We’re talking about one of the best business laptops money can buy. Although it usually costs an arm and a leg, Black Day makes it affordable for pretty much anybody.

Lenovo itself offers an amazing deal for those who are willing to buy the ThinkPad X1 Carbon laptop: it can be yours for 60% off the usual price, according to XDA. This means that you would have to pay only $1,348 for the laptop.

The deal that Lenovo has in store for those who want a new laptop allows you to save $2021. If you already want to benefit from the discount, all you have to do is head over to the official website and use the BFTHINKPADDEAL17 code at checkout.

The main star of the show when it comes to the hardware specs of Lenovo’s laptop is arguably Intel’s 12th Gen P-series chipset. This contains E-cores up to 3.30 GHz and P-cores up to 4.40 GHz. The laptop comes with Windows 11 Pro out of the box, and it also has the Integrated Intel Iris Xe Graphics card. 16GB of LPDDR5 memory is also contributing to the laptop’s amazing list of specs.

Last but not least, let’s talk about the display of the Lenovo ThinkPad X1 Carbon. It’s a 14.0″ WUXGA screen of 1920×1200 for the resolution, and it’s also equipped with Anti-Glare, Touch sensors, 100%sRGB, 400nits, as well as LED Backlight for those long nights when you don’t necessarily want to keep your lightbulb on.

The Lenovo ThinkPad X1 Carbon also comes with a Fingerprint Reader to make sure that nobody else uses your laptop without having your approval.