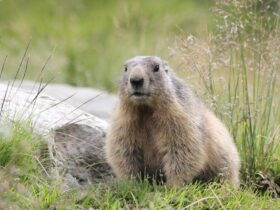 Global dimming is now a huge concern as the amount of sunlight reaching Earth varies a lot. The first steady decline occurred back in the 1980s in different parts of the world. A new study shows how we are the ones to blame.

Human-produced pollution is now considered one of the biggest culprit of global dimming, and it seems unstoppable. What is going to happen next? How much sunlight we’re going to lose?

Variations in Sunlight Now Under Investigation

A team of researchers reexamined historical data from 1947 to 2017 by the Potsdam solar radiation record (the world’s best and longest kept measurement of solar radiation on Earth). The findings are genuinely intriguing.

The recent analysis explains that even when the skies are cloudless, there can be powerful sunlight variations. So, who is the culprit?

New data indicates some internationally banned aerosols that started to rise uncontrollably. Researchers believe that even if we get the aerosols under controls, that won’t help.Â

Unfortunately, the historic dimming has already concealed some of the effects of global warming.Â

The researchers released a statement discussing the phenomenon. They said:

“Our analysis shows that strong decadal variations (dimming and brightening) not only appear when clouds are considered but also remain evident under cloud-free conditions when cloud effects are eliminated.”

Scientists are now researching more ways to induce global dimming via solar geoengineering. However, this technique might be too risky, as per other experts’ beliefs.

Forests are our planet’s most significant carbon sinks. If three growth decreases due to less sunlight, we could seriously face the worst ever scenario.

Research in the Arctic, for instance, found heavy mining practices to local dimming. That reduced tree growth since the 1970s.

Maybe there is a way out or not. We clearly don’t have an easy solution, but we shouldn’t lose hope.Â

This new research is just the beginning.