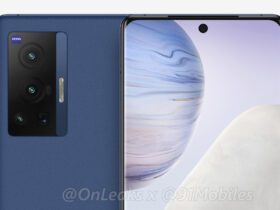 Fortnite 20.20 update has just aired, bringing new content, including extra Creative devices and a brand-new Ranger Shotgun. How cool is that?

Fortnite Chapter 3 Season 2 is now unleashing quite the in-game experience, featuring the battle between The Seven and the Imagined Order. And that’s not all! We’ll soon get to see more of that and other new exciting stuff.

Curious about the Fortnite 20.20 update?

We’ve compiled a sleek list of everything you need to know, including downtime details.

The downtime for Fortnite 20.20 update will begin at 1 AM PT/ 4 AM ET/ 9 AM BST on April 19. As usual, the matchmaking will be disabled for around 30 minutes. Unfortunately, we don’t know how long the downtime process will last, but that depends on the amount of content introduced to Fortnite.

The Ranger Shotgun is the brand-new weapon in Fortnite Chapter 3 Season 2’s loot pool. Thanks to update 20.20, we can enjoy this cool single shot, a break-action shotgun that can deal high damage, and it’s brilliant at longer rates.

Check out the new Ranger Shotgun:

Get Ready For Prowler

Fortnite Chapter 3 Season 2’s Battle Pass had teased us enough with Prowler’s skin. Now, thanks to the 20.20 update, we’ll be able to unlock Prowler on April 21! How great is that?

What’s best is that Prowler will also feature a set of Prowler Quests across the island. Neat!

The How Sweet! Emote

A brand-new emote dubbed ‘How Sweet!’ is available, featuring a sleek facial expression of Turkish chef CZN Burak. That’ll be quite the thing, especially when you cook a special dish.

Take a look at the new emote:

As part of Lantern Fest 2022, prepare your favorite dish like a pro… or more specifically, Turkish chef CZN Burak! Get the How Sweet! Emote with CZN Burak’s iconic facial expression starting Tuesday, April 19, at 8 PM ET in the Item Shop. pic.twitter.com/gKKaC45tQL

The IO Blimp at Condo Canyon Has Changed

The Seven and the Imagined Order have already battled for a second time, and something has changed. The IO Blimp at Condo Canyon has just crashed!

So, where it’ll take place in the next battle?

Check out the map shared by HYPEX:

Fortnite’s Creative Mode has received even more new devices thanks to the 20.20 update! We now can spawn and create our visual effects. That’s amazing!

The new devices include: