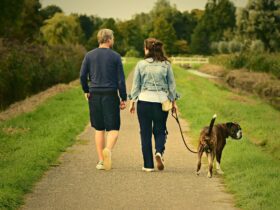 The third week of April has passed already, and we’ve got some hot streaming charts with movies and TV shows you shouldn’t miss, according to JustWatch.

Spider-Man: No Way Home, starring beloved Zendaya and Tom Holland, is still opening in the Top 10 Movies for the second week, which is really no surprise considering its enormous success. Coming in second is the new Batman starring Robert Pattinson and Zoe Kravitz, produced by Matt Reeves and Dylan Clark.

What troubles does Joker stir this time, and how does Batman manages to solve them? You better watch the movie because it will be the best one so far.

Other titles include Sonic the Hedgehog, X, Death on the Nile, Moonfall, and The Ten Commandments.

As for the Top 10 TV shows, Better Call Saul is still triumphantly sitting in the first place, followed by Severance, and Yellowstone, in the third place (still going strong, right?)

Killing Eve ended up in the fifth place as it’ll soon approach an end, followed by Moon Knight, Abbott Elementary, and Our Flag Means Death.

Stay tuned for more information about trends in movies and TV shows!