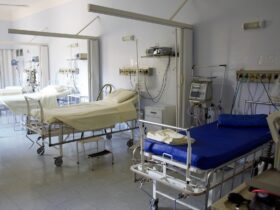 When is Fortnite Chapter 3 Season 4 airing? Well, let’s say that the next season is just around the corner, and now we have some hints about the theme.

Fresh leaks claim that Epic Games will change the game a bit, like literally. Fortnite Chapter 3 Season 4 is expected to feature a different theme this time around, and some of us we’ll be a bit disappointed. What’s in store for the new Fortnite season, and what to expect?

We’ve compiled a sleek guide of everything you need to know about a possible Fortnite Chapter 3 Season 4 theme.

Thanks to popular tipster HYPEX, we know what might be there in store for Fortnite Chapter 3 Season 4. And it’s a lot to think about!

HYPEX claims that the next Fortnite Season 4 won’t be Marvel-centric. That’s quite curious, considering the amount of Marvel content we’ve got so far in the game. Check out what HYPEX tweeted below:

Fortnite's Season 4 is NOT Marvel themed!

As you can notice, HYPEX claims that Fortnite’s Season 4 is not actually Marvel-themed. Such a thing had even gotten some support from another tipster, @FNBRintel, who said that the next season ‘should’ at least ‘have 1 Marvel skin.’

So, what’s there to believe?

Well, that might as well turn out to be false, but then again, not seeing the Marvel ‘verse as much as we got used to it’s somehow a relief. We might get as well the chance to explore other crossovers, enjoy some brand-new content, and try another approach, right?

However, as Fortnite Chapter 3 Season 4 approaches, we’ll come across the first official teasers and hints released by Epic, which should bring some light.