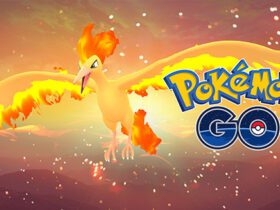 Epic Games has already begun hyping up the upcoming season.

Though the publisher hasn’t yet gone all out with teasers for the upcoming season, the island is undoubtedly undergoing some significant changes.

The 7th season appears to be centred around the extra-terrestrial.

With the new season, a fresh Battle Pass, theme, and aesthetics will be added.

As for the past seasons, loopers can expect something significant to round off Season 6.

In its newest tweet, Epic claimed that Fortnite Chapter 2 Season 7 would begin on June 8th.

However, there is no official confirmation of a season-end event to finish off the 6th season.

According to findings from data miners, Season 7 may actually begin with a cinematic.

At the start of each new season, a fresh Battle Pass is added, providing players with fresh cosmetics and skins.

If rumours turn out true, then aliens will be a crucial component in the new season.

However, there is no way of certainly figuring out what to expect.

Also, a Twitter user known as Ako | Alien News tweeted that primitive weapons would be removed from Fortnite, and some new sci-fi variants would be introduced.