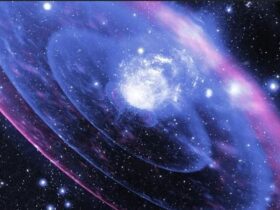 This Gamma-ray Explosion is Quite Odd, Here’s Why

We can’t wait to see everything that FIFA 23 has to offer to the world, and we’ll get rid of any doubts soon enough. EA promised that FIFA 23 would be the best game of the series, and who are we to contradict them?

As for now, we’re happy to announce that the Official Matchday Experience Deep Dive Trailer of FIFA 23 is available for everybody to feast their eyes on it via YouTube!

There are plenty of self-describing chapters, so you’ll know exactly what to expect:

We have to remark how amazing and realistic the pitch looks. It was made so realistic that you can see the traces of Mbappe’s sliding after he scores a goal, for instance. The French superstars is one of the cover stars of FIFA 23, along with the female footballer Sam Kerr.

Do you need any more reasons to be excited about FIFA 23? The upcoming game will bring back Juventus Torino to the squad roster in what shall be one of the most highly-awaited moments of the series.

We’re expecting to see FIFA 23 going cross-platform, as it will be available for both consoles and PC. For those willing to run the game on PC, they must know that the minimum system requirements are pretty “accessible.” It will be enough if you have 8GB of RAM and a graphics card such as NVIDIA GeForce GTX 1050 Ti or AMD Radeon RX 570. As for the chipset, the minimum supported are Intel Core i5 6600k and AMD Ryzen 5 1600.