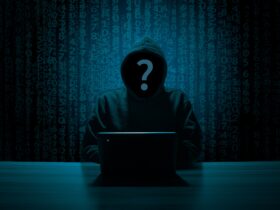 Before Dr. Anthony Fauci became a fixture of COVID-related news coverage, he was very popular for his work during the AIDS crisis, which became problematic as an emerging mysterious and alarmin new sickness during the late ’70s.

Saturday marks 40 years since the CDC labelled the first case of AIDS in the country – five men with ages between 29 and 36, with the title of “active homosexuals” from the Los Angeles area.

Neither of them had any previous health problems.

The agency’s weekly mortality and morbidity report from June 5, 1981 mentioned their situation as “unusual” and claimed that “some aspect of a homosexual lifestyle” may have contributed to the shared condition.

The patients all manifested a rare version of pneumonia typically found in individuals with severe immunosuppression.

“I said, ‘I don’t know what’s going on here, but this is a new disease,'” Fauci stated in an interview with ABC News.

He had just been appointed to head up the Laboratory of Immunoregulation of the National Institutes of Health, which would ulteriorly elevate him to the director status.

He led the NIH for a total of 37 years, which is more than admirable!

While the report has a somewhat homophobic approach, its belief that the disease may be sexually transmitted would prove true after some time.

From that point, a considerable amount of Fauci’s duty was caring for AIDS patients.

“I went from [being] a person who was seeing patients with other diseases and developing cures and adequate therapies for them in the early part of my career to every day taking care of people who inevitably were going to die,” he said.