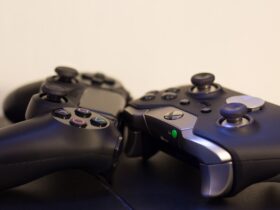 Xbox Game Pass: Here Are The Newest Additions For April

Bethesda has recently announced that the Steel Reigh update for Fallout 76 is now available for download. They celebrated this announcement by giving us a brand new trailer.

According to the press release, Steel Reign comes with an end for the Brotherhood of Steel storyline. As a player, you arrive at Fort Atlas and find out about the tensions between Paladin Rahmani and Knight Shin — that have reached their limit.

What does the Steel Reign update include?

First of all, new locations and new gear. You can unlock brand new and unique gear from the Brotherhood’s arsenal and then explore new locations. In the meanwhile, you also learn about what’s happening in Appalachia.

New questline. You get to choose what direction the Brotherhood of Steel will embrace and you will get to solve one of the biggest mysteries: Â how did the Super Mutants make their appearance?

Legendary upgrades. You will get to put the legendary modules to work and then create your own legendary items — of 1, 2 or 3 stars. And the best part is that you can do that from your own C.A.M.P. This upgrade should make it even better, as players attempt to make the best gear possible. You can customize your entire gear. You can also try some role-playing elements, and have a better experience.

Season 5 scoreboard. K.D. Inkwell is here — back from the 42nd Century. You can rank up and unlock new rewards, including C.A.M.P items and cosmetics, starting with the 7th of July.

Steel Reign is available across all platforms — Bethesda.net, Microsoft Store, PS4, Xbox One, Steam. Bethesda has released the full patch notes for the update.

Here’s the trailer for the Steel Reign Update: