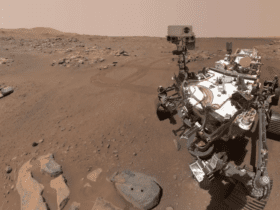 In a New Year’s message, Square Enix’s producer for Final Fantasy 7 Rebirth said that the game’s production is picking up pace, and that more information will be coming soon on how the company is replicating some of the game’s most memorable events.

Happy New Year.
This year, the latest work “FFXVI” will finally be released. Yoshida P is also doing his best to develop it, so please support us!

Several Final Fantasy game designers and programmers chimed in to give fans a sneak peek at what they’ve been up to this holiday season. Final Fantasy 16 will be released later this year, so all eyes are on it. More time and resources may be devoted on Final Fantasy 7 Rebirth, the 2nd Remake in the series that will recount the original game’s tale, when the team wraps up work on 16. No specific date has been announced for release as of yet, however, it is expected to occur in the winter of 2023. The Producer teases another major Final Fantasy news in the same article, but he can’t go into detail just yet.

The remade version of Final Fantasy 7 came out in 2020 and was a critical and commercial success. Only the first several hours, or “Midgard,” of the original game were included in the remake. Fans have high hopes for how much of the plot will be addressed in Rebirth and what modifications the developer will make in light of the new trilogy’s remake of that original story. Already the first Remake release made a huge step toward changing the established tale by bringing back to life a character who had been killed off prior to the events that transpired in the original game, so it’s possible that certain story aspects may be modified this time around as well.

Producer Yoshinori Kitase has said in prior interviews that Rebirth would include a large quantity of material. The original game’s story opens out to a wide-open world when you leave Midgard, and here is where Rebirth will pick up. Kitase told the audience that the crew would be making no cuts to the original work, and instead would be looking for ways to build upon it. In the same interview, he teased that the game’s plot pieces could be presented in a somewhat different sequence than longtime players are used to.