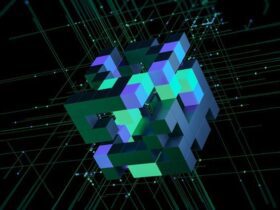 It seems the Fortnite community has been up in arms over the misuse of the all-powerful Shockwave Hammer. Players have been wielding the mighty tool like Thor’s Hammer, defying their opponents with a single, powerful strike, much to the chagrin of the poor souls on the receiving end.

But it wasn’t just the opponents feeling the pain, as the community took to social media and forums to voice their complaints. They argued that the Shockwave Hammer was a bit too powerful and that its ability to send players flying across the map was a bit excessive. They also argued that it made the game less fun and less strategic, as players could win simply by finding and using the Hammer.

In the face of all this complaining, the team at Epic Games decided to take action. They listened to the community’s concerns and, after much deliberation, decided to remove the Shockwave Hammer from the game, at least temporarily.

The Shockwave Hammer will be available again in Fortnite

According to Epic’s claims, the weapon in question will still come back into the famous battle royale game at some point. While it’s anybody’s guess when it will happen, we expect the devs to tweak the weapon before throwing it back into action.

Due to an issue, we have temporarily disabled the Shockwave Hammer in all playlists.

Our intent is to re-enable the Shockwave Hammer in the next game update when this issue has been resolved. pic.twitter.com/I2Ap8XCbZ7

The Shockwave Hammer was added in Chapter 4 of Fornite, and it’s not the only new weapon that’s causing controversies. The Shadow Tracker weapon, for instance, allows players to shoot enemies directly through walls.

Fortnite is available on a variety of platforms, including Windows, macOS, Nintendo Switch, PlayStation 4, Xbox One, iOS, and Android. Additionally, the game can be played on the web via the official Fortnite website. Some platforms have limited availability due to some restrictions on the game. However, Fortnite is widely available across the most popular platforms and devices, making it accessible to a wide audience.