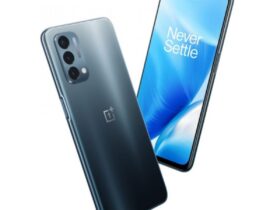 OnePlus Confirms the Extremely Affordable Price for Its N200 5G Model – The Cheapest 5G Phone Ever?

The first week of August brought us new movie and TV show entries that stirred quite the buzz, according to JustWatch. There were also some surprising changes that most of us didn’t see coming, but that only made everything better.

Check out the movie titles that made it to the list and more:

You probably didn’t expect it, but it happened: Everything Everywhere All at Once has landed in second place after weeks of sitting triumphantly in the first position. But, hey! That’s only for the best because we get to discover other titles worth watching.

However, we’re glad to see Licorice Pizza returning and Uncharted, too!

Other movie titles include Thirteen Lives, Minions: The Rise of Gru, and Predator.

As for the TV shows that reached the streaming charts, the competition is pretty harsh, considering that Better Call Saul has dropped to second and Yellowstone to fifth.

The Sandman has surprised everyone, so it’s great to see it landing in the first position. The TV show is followed by The Bear on the second, Paper Girls on the sixth, Reservation Dogs on the eighth, and Only Murders in the Building on the tenth.

We keep our fingers crossed for our new favorite, Only Murders in the Building, to reach high next week!