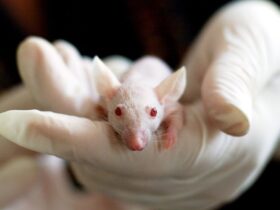 The structure is approximately 3 billion years old and dates back to the Archean era (4-2.5 billion years ago). Researchers believed that some of the crater’s features are a faint signature of a long-eroded crater. Recent findings, however, come up with shocking results.

The case of Earth’s oldest impact crater is like that story you really wish was true, but it just couldn’t be. New research unveiled the crater’s secrets and its true origin, putting many theories and studies to rest.

The team used a mix of geological chemical analysis techniques and field mapping rock dating to figure out more about the Earth’s oldest impact crater.

By doing that, they succeeded in showing that features previously claimed to be the faint signature of a much-eroded crater were anything but. So, what’s the crater’s true origin?

According to the latest findings, the Maniitsoq structure is the result of the same geological processes as those that made the surrounding area.

More observations and the team showed that there was nothing odd in the crystal structure of rocks. For example, an examination of 5.587 zircon particles found no proof of a huge shock hitting the region. So, the rocks are similar to what we’ve seen elsewhere in the world.

However, the Maniitsoq structure is still one of the most breathtaking things we’ll ever see in Greenland. Too bad it doesn’t have a space-related story, like being created by a giant meteorite.