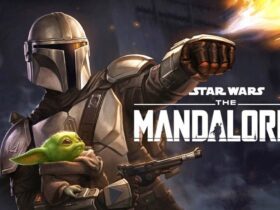 Star Wars: The Mandalorian Season 2 Finale Will Leave Us All Shocked

If you think you saw it all in 2020, you’re about to be amazed. Apparently, our planet was a rebel, hitting a new speed record. How so?

According to new research, Earth was rotating faster in 2020. And it might not seem like a big deal, but last year was the fastest in the past 50 years.

Our planet did its rolls around its axis milliseconds faster than average. There were 28 days in which Earth seemed to hurry more than ever (last time in 1960).Â

But, as alarming as it might sound, it’s not mainly. Our planet’s rotation can vary a lot, all the time. Some variations could influence it, such as winds, atmospheric pressure, the core movement, and ocean currents.

Earth hit the record for the shortest astronomical day, 28 times. For international timekeepers, it is bad.Â

The international timekeepers utilize ultra-precise atomic clocks to meter out the UTC (the Coordinated Universal Time). This unit is essential because we can set our clocks.Â

Also, when astronomical time, which is ruled by the time Earth needs to realize one full spin, diverges from UTC by more than 0.4 seconds, well, something might change: the UTC is adjusted.

So far, the modifications added only a “leap second” to the year at the end of June or December. By doing that, the atomic time and the astronomical time get back in time.

Since 1972, scientists decided to set leap seconds almost every year-and-a-half, on average. The most recent change was in 2016. A leap second was added right on New Year’s Eve.

The most recent acceleration in our planet’s rotation made scientists worry a bit. For the first time, we have a negative leap second, meaning we have to subtract one.

“[…] a negative leap second will be needed if the Earth’s rotation rate increases further,” explained Peter Whibberley, a physicist at the National Physics Lab in the UK.

The average length of a day is 86,400. In 2021, an astronomical day will be 0.05 milliseconds shorter. Such a thing will result in adding 19 milliseconds lag in atomic time.

Only the IERS (the International Earth Rotation and Reference Systems Service) can decide whether subtracting or adding a leap second is needed.