Coffee can significantly improve your exercising routine, and we now have proof.Â

A team of researchers in Spain saw the perfect opportunity for a new project right when they enjoyed some coffee. Well, it could have started like that, or maybe not. What matters is that the findings are genuinely intriguing.

Coffee-exercising: What Should You Know

The team analyzed the fat-burning potential of coffee before exercise and discovered how drinking coffee at different times of the day might influence the result.

Researchers based their study on diurnal variation (day and night cycles) and how our bodies break down fatty acids after drinking coffee.

The team surveyed 15 active men with an average age of 32. The participants performed four different aerobic exercises, spaced seven days apart, and drank coffee at either 8 am or 5 pm.Â

Researchers mentioned that factors such as consumption of other simulants, fasting, or exercise were strictly standardized. 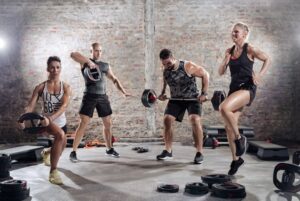 Findings and other details

“The results of our study showed that acute caffeine ingestion 30 minutes before performing an aerobic exercise test increased maximum fat oxidation during exercise regardless of the time of day.”

So, all those who drank a strong coffee beforehand burned more fat. But that’s not all.

The team also discovered that the MFO was higher in the afternoon, up to 29 %. In the morning, the results indicated an average of 10.7 %.

Even if the recent study didn’t involve many participants, it still shows a great deal of new information about how coffee influences our bodies while exercising. Most significantly, the study shows that consuming caffeine in the morning or the afternoon can bring us more or fewer results.