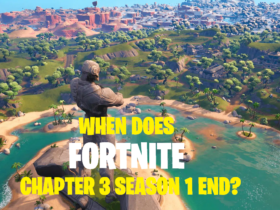 We are nearly two months into 2021, many people are enjoying their iPhone 12 devices, while others are met with promising leaks for Apple’s next-gen smartphone, the iPhone 13 (or iPhone 12s), whatever it will end up being called.

Some extra information from multiple sources has recently surfaced and gave us insight regarding what we should expect from Apple this year.

However, the leaks may or may not be from reliable sources, so you should take the following information with a grain of salt.

Max Weinbach shared some leaks in a video by EverythingApplePro, reputable for its reasonably accurate leaks regarding Apple products in the past.

Design-wise, the new device would retain most of the current iPhone lineup’s design characteristics, but with an improved matte finish on the rear, which may feel soft to the touch like we’ve seen on the Google Pixel. The new models are confirmed to pack 120Hz LTPO displays, which were previously expected to be introduced on the iPhone 12 lineup but didn’t happen for some reason.

It is expected that the new devices will feature a new Always-On Display option, which would be similar to the Apple Watch Series 5 and 6. It is rumored to feature minimal customizations, with the clock and battery percentage remaining visible permanently. For new notifications, only a small region of the display would light up instead of the whole display.

“Always-On Display will have minimal customizability. The current design basically looks like a toned-down look screen. Clock and battery charge are always visible. Notifications seem to be displayed using a bar and icons. Upon receiving, the notification will pop up normally, except that the screen will not entirely light up. Instead, it will display it just like you’re used to right now, except dimmed down and only temporarily.”

The new iPhone 13 lineup is expected to feature stronger magnets for MagSafe, which would help compatible accessories hook on the phone more comfortably and safer. The new smartphones may also be marginally thicker, though there is no solid reason for that to happen yet.

Additionally, the notch could be shorter this year but may have the same width as the existing models.

The bad news is that we won’t receive an in-display fingerprint scanner this year. That is bad news when you look at how FaceID is seemingly useless in the reality full of face masks.

An impressive feature that it is believed Apple is working on is a new night mode for the camera that would be a lot like the Pixel’s Astrophotography mode. After pointing the smartphone at the night sky, it would look out for certain artifacts like the stars, the moon and figure out if the mode would require enabling or not. Options for long exposure times are expected as well.

There is a chance that Apple would include similar telephoto cameras on the new devices.

The next-gen lineup is expected to feature a new ultra-wide camera with an improved sensor and a 6P lens. It won’t be as performant as the other cameras quality-wise, but that would help decrease the overall gap. Ming-Chi Kuo, the famous Apple analyst, says that there is a great deal of confidence regarding that rumor.

Unfortunately, we are many months away from an official announcement, so we’ll have to be patient for a while longer.