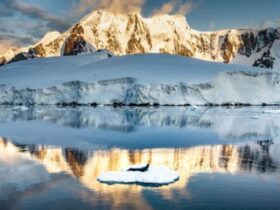 Jiren is one of the most powerful characters in the entire Dragon Ball universe, and he’ll be added once again in the Dragon Ball Xenoverse 2 game. We’ve recently written about his upcoming addition in a previous article, as the news was brought by the publisher Bandai Namco itself.

Jiren is going all the way for the new DLC, as the powerful character who gave Goku and the gang a lot of headaches in the Tournament of Power in the anime is ready to rumble once again. Jiren is going full power this time, pumping his muscles to the maximum and getting rid of his shirt. And we all know how things usually go in Dragon Ball: when a character is throwing away his shirt, he means business!

Feel free to delight your eyes with the new video below, as it was published by Bandai Namco:

The trailer reminds us all about the magnitude of Jiren’s full power when he fought Ultra Instinct Goku. Everyone’s favourite Saiyan had one of his most spectacular battles in the entire Dragon Ball series when he faced Jiren.

An adversary, but not a villain

Jiren met Goku, Vegeta, and the others in a pretty unique context for the Dragon Ball series. They all had to fight for the survival of their own universe. Therefore, although Jiren had to do his best while trying to defeat the Z warriors, he cannot be considered a villain. However, he did have his evil moments, becoming berserk against Goku’s friends only to prove that the Saiyan’s morals are wrong.

Jiren is also known as a solitary guy who despises the idea of friendship. We’ll surely see him plenty of times more in video games and probably even in the anime when it returns. Until that moment, don’t forget to keep training, all you Dragon Ball fans!