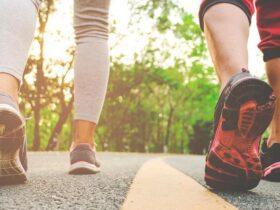 It came to our attention a few days ago that the movie “Dragon Ball Super: Super Hero” will have its launch date delayed due to a hack of the Toei Animation studio. The movie was supposed to be released on April 22 in Japan, and the fans rapidly became upset.

There’s no wonder why the fans are eager to see the new movie. Akira Toriyama is also the writer of the story this time, and the plot itself will leave Goku and Vegeta aside a bit. Gohan will likely be the hero of the day this time, and his good friend and first trainer, Piccolo, will also play an important part in defeating the biggest threat.

New trailer doesn’t say much about the new release date

A new trailer for “Dragon Ball Super: Super Hero” was launched two days ago, and it sets the release date for “coming soon”. Of course, this is the vaguest formula possible when speaking about when you’re supposed to launch anything, not just a movie. But we can realistically bet that the new release date is not more than a month away from the original release date for Japan. Otherwise, our guess is that it would have been mentioned somehow.

As you can easily conclude from the trailer, Piccolo will have a new transformation in the movie, and the fans have frequently been speaking about a new form for Gohan as well. Both fighters will have to deal with Gamma 1 and Gamma 2 from the Red Ribbon Army, the evil organization that has been revived by a group of wrongdoers who seek to get their revenge on Goku. Gamma 1 and Gamma 2 are the two new androids that are much more powerful than those from the Cell Saga of Dragon Ball Z. Gohan was the hero of that arc, which means that there’s no reason to think that the history won’t repeat itself.