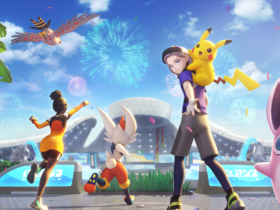 Pokemon Unite Tier List – Which Monsters Will Grant You, The Upper Hand?

Dragon Ball Super will be back into the business in 2022 with a brand new animated film. Akira Toriyama is working with Toyotarou to create an exciting new plot for the fans, and they’re already doing a pretty good job. For the upcoming movie, the Red Ribbon Army will be revived and refreshed to give Goku and the gang a hard time.

Dr. Gero, a former member of the Red Ribbon Army, was responsible for creating the androids, along with Cell, the second most powerful villain from Dragon Ball Z. The organization has now employed a new scientist who will create a new series of androids that are far more powerful .

Goku, Vegeta, Gohan, Piccolo, and the others are light-years stronger than they were back in the Cell Saga of Dragon Ball Z. That can only mean that the old androids wouldn’t stand a chance, and that’s why the Red Ribbon Army had to come up with something new.

The Dragon Ball Super: Super Hero movie is definitely coming out in 2022, but when exactly is the release date set for? We already knew that for Japan, the movie will be launched in April. But since not everybody lives in Japan, when is the movie coming out for the rest of the world?

According to ComingSoon.net, Thailand’s Major Cineplex website reveals that the upcoming Dragon Ball movie will launch on June 2, 2022, in their theaters.

Judging by the information we have until now, Gohan will most likely be the main character of this movie, which makes sense for at least two reasons. He hasn’t been the hero of an arc for a very long time, and the last time it happened was during the Cell Saga. That’s precisely the best of what the Red Ribbon Army had to offer at that point. Cell was the strongest villain ever at that point, and Gohan was the hero of that arc when he was just an 11-year old Super Saiyan. Therefore, it would be pretty reasonable that Goku’s son will put the Red Ribbon Army to its knees once again.

Otherwise, we’re expecting major contributions of Goku, Vegeta, and Piccolo for the upcoming movie. These characters certainly cannot be left aside!