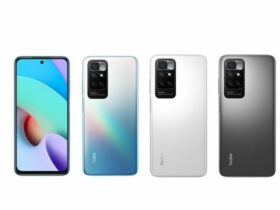 Despite their differences, Goku and Vegeta form a great team. The Saiyan Prince might still hate his old rival or be frustrated because of the secret crush he might have on him. But still, the two beloved Saiyans have shown that they can be very efficient when they join their powers.

We’re ruling out the fusion technique for now. Goku and Vegeta have shown that they can indeed collaborate with one another. We can remember the battles against Majin Buu or the one against Jiren from the Tournament of Power. But in those battles, Goku and Vegeta were light-years weaker than they are now.

Ultra Instinct or Ultra Ego – which is the more powerful technique?

Since Goku achieved the Ultra Instinct form in the Tournament of Power from Dragon Ball Super, he significantly outclassed Vegeta. The Saiyan Prince was nowhere near his rival’s level, so he had to come up with something serious on his own. That’s how much later Vegeta achieved the Ultra Ego transformation that he used to confront Granolah. Vegeta could finally compete with Goku at that point, and it seemed like just a matter of time until we’ll see Ultra Instinct Goku and Ultra Ego Vegeta on the same team. And after a long wait, it finally happened!

The image is from Chapter 84 of the Dragon Ball Super Manga when Goku and Vegeta fight Gas. The two pure-blooded Saiyans are probably confronting the most powerful opponent ever, so they had no other option but to join forces and activate their most powerful techniques.

At this point, nobody can say for sure if Ultra Instinct is stronger than Ultra Ego or vice versa.

Could we even hope for a fusion between Ultra Instinct Goku and Ultra Ego Vegeta? That would indeed be the real deal! And it will probably happen at some point, but only time will tell for sure!