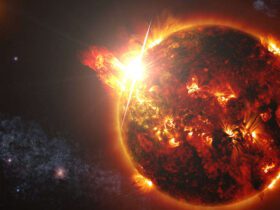 Space Premiere! Spacecraft Recorded A Huge Eruption On The Sun’s Surface For The First Time

Slowly but surely, Twitter has become synonymous with business and discussions about important topics like tech, science, news, and many more.

Just a few days ago, the social media giant announced that a new update aims to improve things significantly for third-party apps. That shall be possible by giving developers a lot more access to the reversed chronological timeline.

The time(line) has finally come! The reverse-chronological home timeline is now available on the Twitter API v2, allowing you to retrieve the most recent Tweets and Retweets from people you follow.

Paul Haddad is one of the developers of Tweetbot, and he explained, as The Verge quotes:

We currently use the v1.1 home timeline API to get a list of Tweets and then v2 APIs to fill in any v2 specific data (polls, cards, metrics, etc…). With this new v2 version we can get all that data in a single step.

My offer is my best and final offer.

Elon Musk believes in the huge potential of the famous social app, as he himself said. The businessman is also confident in his own abilities to unlock that potential. He is also in favor of free speech, being upset that social networks are trying to cancel it. Donald Trump has a similar view on how social networks handle censorship nowadays, saying that it was much better when Americans could express their thoughts openly and freely.

Twitter counts hundreds of millions of users, meaning that there’s no wonder why the social app gathers so much attention.