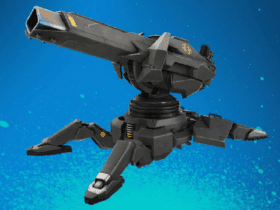 We only have less than a week to wait until Sniper Elite 5 comes out. The guys from Rebellion invested a lot of work in the upcoming tactical stealth shooter, as it will likely be the pinnacle of the series.

Although there are a few days left until the full game comes out, we can already delight our eyes on a piece of gameplay footage! We must say right from the start that we are impressed!

The movement and sounds of Karl Fairburne as he advances sound and feels more natural. The gun shooting seems at a higher level of realism as well. The famous kill-cam seems to appear only at long-range shots with the sniper.

However, we want to point out that in many frames, Fairburne’s body isn’t shown completely. The game brings back a little flaw that was present in Sniper Elite 3 and V2, where the protagonists’ feet and ankles didn’t fit on the screen. We’re not sure at this point if it is indeed a flaw in Sniper Elite 5 or if the player can fix it by changing the camera somehow if there is such an option in the game’s menu.

If you already want to buy Sniper Elite 5, you can go ahead and grab it from Steam for 49.99 euros. The gaming platform’s description of the upcoming game goes as follows:

The award-winning series returns as Karl Fairburne fights to uncover Project Kraken in 1944 France. The genre-defining authentic sniping, with enhanced kill cam, has never looked or felt better as you fight across immersive maps to stop the Nazi war machine in its tracks.

Sniper Elite 5 will be available for PlayStation 4, Xbox One, PlayStation 5, Xbox Series X/Series S, and Windows PC. There’s no word yet about the game arriving for Nintendo Switch as well, but who knows, everything seems possible in gaming nowadays!