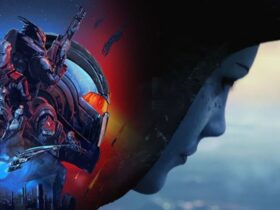 If you’re among those numerous gamers who are into stealth and action titles, you cannot afford not to give Hitman 3 a try. The world’s most famous hitman, Agent 47, returns once again in 2021 in a brand new game that announces to be the pinnacle of what the Hitman series has to offer.

Unlike the predecessor games, Hitman 3 will have much more immersive graphics. Gamers will get to control Agent 47 as he sneaks into various dangerous situations and even on top of the tallest building in the world: the Burj Khalifa skyscraper from Dubai. Thanks to the Gamespot Trailers channel, we have the launch trailer for Hitman 3, showing the game in all its glory:

Whether you’re a fan of killing enemies in video games using silenced pistols, knife, or a sniper, this game has them all.

Hitman 3 releases tomorrow, January 20, and you’ll get to play the stealth title on either of the following platforms if you purchase it: PlayStation 4, PlayStation 5, Nintendo Switch, Xbox One, Xbox Series X/S, and Windows PC.

We’ve spokenÂ in a previous articleÂ about a gameplay trailer for Hitman 3 that brings the legendary assassin in Dubai, showing his deadly skills on top of the Burj Khalifa skyscraper. Stealth games are on the rise if we look at recent years, and we’re glad to see a surge in such titles.

You must keep in mind that you’ll need some pretty powerful hardware if you’re planning to run Hitman 3 on your machine at a decent quality. An NVIDIA GPU GeForce GTX 1070 video card is demanded, and that’s not even the most exigent part. 16GB of RAM and an Intel CPU Core i7 4790 of 4 GHz are also on the list of system requirements, and you’ll also need 80GB of free storage on your drive.

Are you already excited about Hitman 3? Let us know in a comment below!