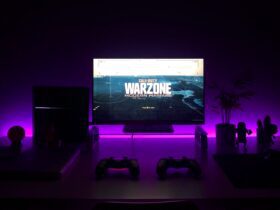 Call of Duty Warzone: Players Must Be Aware of Major Change for Snipers in Season 3

Recent research indicates how much energy from renewables Europe has created. And the results are genuinely intriguing. First, let’s say that the new report reaches the EU’s electricity demands a lot.

According to energy analysts, last year Europe has made more energy from renewables than fossils fuels, 38 %, respectively 37 %. Such results brought the country closer than ever to its green deal targets.

More Energy From Renewables: What Should You Know

The global climate movement peak is now starting to show thanks to a recent report of Europe’s last year involvement.

Back in 2020, hydropower, wind, biomass, and solar reached 38 % of the EU’s electricity demands. On the other hand, fossil fuels scored 37 %. And while it looks like we’re going in the right direction, we still have a long way to meet the ideal green deal targets.

According to recent research, such a dramatic change was mainly influenced by a quick increase in solar and wind. These made “forced coal into decline” by 20 % last year.

“Europe is relying on wind and solar to ensure not only coal is phased out by 2030, but also to phase out gas generation, replace closing nuclear power plants, and to meet rising electricity demand from electric cars, heat pumps and electrolysers.”

The UK succeeded in hitting a huge milestone, too, in 2020. The country created more power from solar panels, wind farms, hydropower plants and biomass than oil, natural gas, and coal. Such results mark the first time ever for the UK in 137 years.

Germany and Spain got right on track, as well, with their first milestone, after renewables outran fossil fuels in a highly positive way!

Even if the news is demanding celebration, we still have a lot of work to do. First, we need to learn how to keep the current level, then, improve our techniques.

Make sure you check out the recent research about microplastics, too! The Earth and our environment must be protected at all costs.