Windows 11: How to Get Your Hands on the Final Version of the OS

An intriguing study unveils how hormones can change every season. A survey of millions of blood tests shows clearly how this “phenomenon” exists and influences people.

Hormones from a gland called the pituitary are responsible for our metabolism, reproduction, stress, and more. They also seem to peak in late summer, as per the new study.

How Hormones Fluctuate With the Seasons

Researchers found the strongest proof to date that humans have an internal seasonal clock.Â

Peripheral organs ruled by the pituitary, such as those that generate our thyroid or sex hormones, showed seasonality, reaching their peak in winter. But that’s not all.


As for progesterone, testosterone, and estradiol, they hit their stride in spring or winter, as well. Such findings are genuinely intriguing. 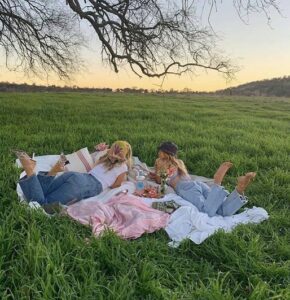 The embedded mechanism that influences the seasonal clock is still unknown. However, the researchers indicate an ordinary, year-long response course at play between the peripheral glands and the pituitary gland in our bodies.Â

“[humans] may show coordinated seasonal set-points with a winter-spring peak in the growth, stress, metabolism, and reproduction axes.”

Controlling for changes during only a day in a human’s life indicates seasonal patterns in hormone levels, but not as strong as found in other mammals. Also, the physiological impacts of these hormonal changes are still unknown.

The thyroid hormone, for instance, which peaks in winter, has been linked to thermogeneration. Such a thing means that the seasonal timing of cortisol (also peaks in February) matches previous studies spanning the southern and northern hemispheres.

And even if the seasonal fluctuations are little in magnitude, they still can cause misdiagnoses if the standard ranges are not adapted to the seasons. That could bring extra costs for treatments.

The research is the most significant to date and includes the biggest dataset of Israeli health records, over 46 million person-years. It examines, as well, all human hormones.