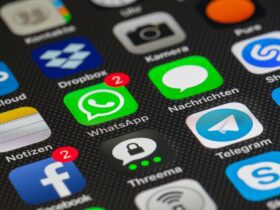 Meteorites represent leftovers of our Solar System’s formation, but only if at least some small parts of them reach the Earth’s surface. Space rocks that end up burning up completely in our atmosphere don’t qualify as meteorites; they are just meteors.

Finding even small chunks of those cosmic rocks can provide us further insight into the origins of our celestial neighborhood. The Global Fireball Observatory team from Curtin University wanted to find out more about a fireball that had been hurtling above England in early 2021.

The researchers searched through data from 16 meteor-tracking cameras of the UK Fireball Alliance, as well as possibly even many dashboards and doorbell cameras. After the Wilcock family found small rocky pieces in the town of Winchcombe (Gloucestershire), specialists from the Natural History Museum confirmed that they represent the remnants of a meteorite, according to the Astronomy magazine.

Gathering all the material found in the same area for over a month, it was concluded that a total of 600 grams of pristine asteroid rock existed there.

Fireballs occur across the sky pretty often, especially at this time of the year when the Taurid meteor shower is unfolding. For instance, just about a week ago, another fireball zoomed across the skies over the American state of Utah.

It’s obvious that it’s pretty difficult for a space rock to reach the Earth’s surface. Most of them get burned up completely in the atmosphere due to their huge speed and acceleration, combined with air friction.

Therefore, next time you’re amazed and fascinated about a fireball hurtling way above your head at night, maybe it could be helpful if you’re a bit afraid as well. Who knows when it could land and what damage it could do?