OnePlus Nord 5G vs. Xiaomi Mi 10i: Which One is Better

China is getting ready for a big space event soon, as rover Zhurong will finally land on Mars! The ambitious mission is part of a space programme that aims to raise the country’s global stature and technological might.

The touchdown is pretty challenging, and if successful, it would happen just months behind the US’s recent probe to the Red Planet.

China is About to Break Some Records 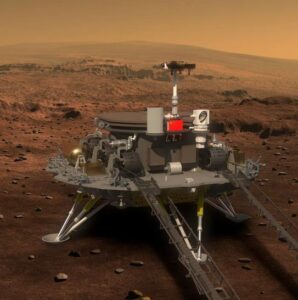 Zhurong is a six-wheeled, solar-powered rover of about 240 kilograms that is expected to finally land on Mars this weekend. The bold Chinese rover’s mission includes collecting and examining rock samples for around three months from the Martian’ ground.

Suppose all goes well and Zhurong proves to be successful. In that case, China will become the world’s first country to develop an orbiting, landing, and roving operation during its first mission to our planetary neighbour. How great would that be?

So, you can understand both the excitement and worry China is experiencing right now. A considerable amount of responsibility is upon the Chinese space agency’s shoulders, and we can only keep our fingers crossed.

China is known to have come a very long way to finally catch up with the US and Russia, whose space agencies carry a whole history of brave astronauts, successful space missions, and more.

For the Chinese space agency, the taste of fame came with a recent space launch event. The country sent the first module of its upcoming space station back in April with some of the highest hopes of sending the first crew of astronauts by 2022. But that’s not all.

China also hopes to send humans to the Moon, and as intriguing as it might sound, the country has all the rights to hope for such an event.

Stay tuned to be the first to find about China’s space adventure!