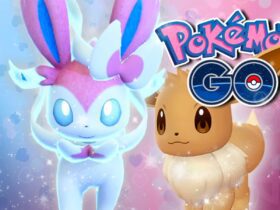 The first complete look of Venus’ dust ring is now available thanks to the Parker Solar Probe. The images show our planetary neighbour’s dust ring for almost its entire 360-degree span around the Sun.

Venus’ orbital dust ring is an incredible collection of microscopic dust particles that moves around the Sun along the planet’s orbit. So far, scientists have never seen such a close-up of Venus. This event represents a great opportunity to study the planet’s orbit in detail.

To do that, scientists enabled image processing to eliminate the dust background and stars from the shots. Such a method ran so smoothly that Venus’ orbital dust ring was also spotted!

You can see a video below in which Venus’ orbital dust ring appears as a bright band expanding:


As per the relative brightness, scientists measured that the dust along Venus’ orbit is approximately 10 % thicker than in neighbouring areas.Â

Other measurements include NASA’s Stereo and the German-American Helios spacecraft’s observations.Â

That data offered scientists to create novel models of the origins of dust along Venus’ orbit.Â

However, the Parker probe’s unique orbit and sensitive imagers offered a never-seen peek at Venus’ dust ring. For many scientists, the dust is quite the deal!Â

For instance, the exact origins of the dust is a puzzle scientists are willing to do anything to solve. Decades of hard work in the field taught them that the dust is just debris from asteroids or comets. But that changed in time thanks to missions such as Parker’s or NASA other successful spacecraft, Juno.Â