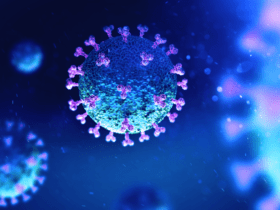 COVID Restrictions Are Back in China as Infections Surge

Most people enjoy video games with Nazis, and another one is on its way for PlayStation 4, Xbox One, and PC. Namely Paradise Lost, the upcoming game presents the story of Szymon, a 12-year-old boy who discovers a massive Nazi bunker while wandering a nuclear wasteland of Poland. The boy is searching for an unknown man who appears in a photo given to him by his mother who passed away. The player’s mission will be to reveal the identity of the mysterious man.

Causing between 70 million and 85 million deaths, World War II was one of the bloodiest atrocities that mankind ever had to face, and thank God it ended a long time ago! But in Paradise Lost, the deadliest war in history never ended, and the new official alternate history trailer confirms it:

As one of the descriptions says:

Immerse yourself in the last story on Earth in Paradise Lost, an emotion-driven post-apocalyptic experience. Discover what happened in the underground city hidden within an abandoned Nazi bunker, where Slavic mythology mixes with retro-futuristic technology.

What would have happened if the Second World War never ended? Try to answer this terrifying question by exploring Paradise Lost when it comes out! Unfortunately, there’s not much to know about the release date other than a scheduled launch for 2021.

Only 4GB of RAM needed

The Steam webpage of Paradise Lost reveals that it’s not mandatory to own an out-of-this-world PC to play the game on such a platform. 4GB of RAM will be enough for the minimum requirements, and you’ll also need an i5 processor and a GeForce GTX 960 for the video card. 30 GB of available space on the hard drive will also be required. As expected, previous versions of Windows below Windows 10 won’t be enough to play Paradise Lost.

Are you already excited about the upcoming game? Don’t hesitate to share your thoughts with us in a comment!