TESS has been developed to spot alien worlds in what seemed two years ago, one of the most challenging mission. The recent achievement and more data are now available. 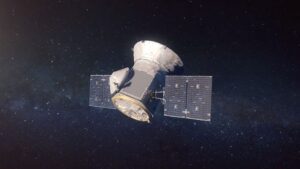 TESS’s mission began back in 2018, with pretty high expectations. The spacecraft, developed to track any alien world, surpassed astronomers’ main goal, unveiling up to 2,241 possible planets.

“The exciting thing is to look at the map of TESS exoplanets as a kind of to-do list,” stated Natalia Guerrero, a researcher at the Massachusetts Institute of Technology.Â

A catalogue of planets

Using the new batch of data, astronomers created a new catalogue of possible planets. For this, scientists pored through TESS observations of over 16,000 targets.

That allowed them to also ran some tests to investigate the candidate planets and discover over 500 other phenomena “behaving” as alien worlds (the spacecraft’s activities might influence such a thing).

You can watch below an incredible panorama of the Milky Way captured by TESS:

Next, astronomers need to find as many objects of interest as possible. To do that, they have to confirm that the observations genuinely depict a planet.Â

But to confirm an exoplanet candidate is quite the work, including measurements of both the mass and size of an object to be sure it’s actually a planet causing the blip, not some other odd phenomenon.Â

So far, only 120 of the planet candidates have been confirmed because the process needs instruments that are always kind of busy.

TESS’s first catch is TOI 700d, a planet the size of ours that orbits in its star’s habitable zone. Of course, there is more to unveiled, but as previously mentioned, everything takes time.