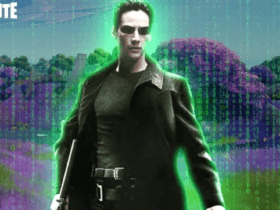 The games are on now! Will the Canon EOS R1 outperform the Sony A1?

The Canon EOS R1 is believed to be the new flagship device of the EOS R camera lineup, and it will be a direct rival to the insanely powerful Sony A1.

Considering that it will probably be placed somewhere above the Canon EOS R6, which is officially known as “Canon’s best ever stills camera,” it is a pretty exciting aspect.

Obviously, it will probably cost a fortune, but the EOS R1 is also believed to contain brand-new technologies that will be used in premiere on a mirrorless camera.

It would bring photographers one step closer to a world without the need for DSLRs, as it will most likely be a pro-grade sports photography camera.

The Canon EOS R1 is a direct competitor for the Sony A1, but it will also be a follow-up of the Canon EOS 1D X Mark III.

Unfortunately, the camera is yet to be announced. It will probably be introduced to the public later in 2021, and we already hear about two of its most significant features. Those include a global shutter and a new breed of autofocus known as Quad Pixel AF.

As it is such an important name in the industry, the chances are that if the R1 indeed boasts superior features, the price tag may be the same or even higher.

It is the kind of camera that has a chance to be announced well before the Olympic games, probably during an Olympics year like this one.