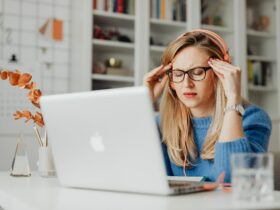 A research released in the Lancet Regional Health – Americas looked at the impact of the COVID-19 epidemic on human mental health. Study discovered that rates of depression had more than quadrupled in the United States after surveying individuals at the start of the epidemic and a year afterward. Not only has the epidemic contributed to an upsurge in mental health problems, but the data show that it is harsher than previous large-scale traumatic occurrences such as natural disasters or terrorist attacks.

Researchers at Indiana University School of Medicine have created a prized instrument, dubbed as psychiatry’s “first-ever biological answer to diagnosing a mood disorder,” at a moment when mental disorders such as depression are still stigmatized all over societies, with individuals frequently waiting years for vital therapist visits for diagnostics and therapeutic interventions.

According to Al Jazeera, the research dives into the molecular foundation of mental health conditions by inventing blood work that uses ribonucleic acid (RNA) indicators to determine the sort of ailment a person is suffering from.

“This avoids years of trial and error, hospitalisations, and side-effects. For example, when you’re stressed or depressed, there are psycho-neurological mechanisms, hormones and other things that are released that affect your blood and your immune system,” explains doctor Alexander Niculescu, the leader of the study.

The researchers have demonstrated that a blood test may be used to detect depression and bipolar illness. The blood work is clinically useful since it can discriminate between the two illnesses and, in turn, match them to the appropriate drugs.

With the prejudice linked to mental health illnesses such as depression that “you’re simply sad, sleep it off,” the research lead by Doctor Niculescu has the ability to perform a key role in psychiatric diagnosis. Such assessments have the potential to change attitudes, especially amongst people from more isolated and remote areas, where cultural understanding of mental disorders is minimal.