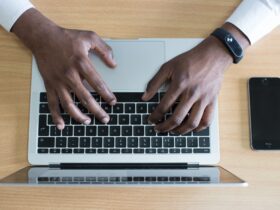 Australia just got closer to a major space goal thanks to its recent development.

How Does RDE Work?

RDE produces thrust by quickly detonating its fuel in a sleek ring-shaped combustor.

Next, the engine will reach a self-sustaining cycle of detonation phases. These are capable of travelling around the combustor at a velocity of 2.5 km/s.

How will RDE change things around?

According to the team, RDE will offer better fuel efficiency, a more compact engine, reducing the launch costs significantly.

Dr Adrian Pudsey is an RMIT University aerospace engineer and the project technical lead. He released a statement discussing how much will RDE change the space flight plans.

“Through strong collaboration over the past two years, we now have a truly unique capability and have demonstrated the know-how and science required to push the boundaries of this technology even further.”

The team added that a considerable challenge to overcome was maintaining the engine from overheating.Â

Other challenges, such as integrating the engine into a running flight vehicle and advanced modelling of the engine’s performance, are still left.

“The rotating detonation engine combustor is an extreme environment that cannot easily be tested, explained Prof. Matthew Cleary from the University of Sydney’s Deputy Head of School of Aerospace.

This recent project allows Australia to extend expertise and capability in the space flight field even if the technology is in its first stages.