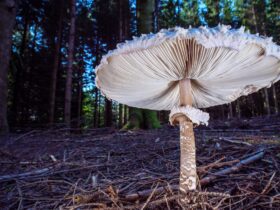 NASA informs the world about another big space rock. It’s not mandatory to be an astronomer to figure out that our planet would be very vulnerable in the face of an asteroid that surpasses ‘acceptable’ measurements.

The asteroid that makes the subject of our article is known as 388945 (2008 TZ3). It reaches 1,600 feet, and it’s approaching our planet. But even so, we shouldn’t worry about the space rock, according to New York Post.

In just five days, the 2008 TZ3 asteroid will make its closest approach to our planet. Luckily for all of us, it will safely miss us at about 3.5 million miles. Judging by the space rock’s size, it’s bigger than all of the skyscrapers from New York.

NASA will give some special attention to the Apophis asteroid instead. Until the end of the decade, the space agency will start studying the asteroid up-close by sending the OSIRIS-REx probe to it.

DellaGiustina from the University of Arizona declared as skyandtelescope.org quotes:

Osiris-APEX will detect Apophis about three weeks before the asteroid’s close encounter with Earth, giving us time to monitor its rotation rate before and after the close encounter,

After that the spacecraft will spend 18 months surveying the asteroid, including going into a close orbit around this small object.

NASA is known for permanently monitoring the sky for any possible threats when it comes to big asteroids that could once come into collision with our planet. That’s great news, and we’re relying on the space agency that it will continue doing a pretty good job.

We’re glad to disappoint you if you have any plans for the end of the world. Our planet will live on long after the approach of the 2008 TZ3 asteroid!