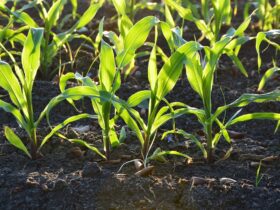 Unraveling An Atmospheric Mystery: How Much Carbon Dioxide Is The Earth Actually Putting Up?

Paleontologists know plenty of stuff regarding the ancestors of modern chondrichthyans and osteichthyans, but updates always occur in science. It’s also the case here, as a new discovery consisting of toothed fish remains that are 439 million years old suggests that those ancestors are much older than previously believed, as SciTechDaily informs.

Fossilized teeth from the Qianodus duplicis species were unearthed in the Guizhou Province of China. The tooth spirals (aka whorls) of Qianodus deserve extra attention, as they represent one of the rarest fossils.

Qianodus provides us with the first tangible evidence for teeth, and by extension jaws, from this critical early period of vertebrate evolution.

Plamen Andreev, who’s the lead author of the study, explained about the fossils, as the same source quotes:

Despite their peculiarities, tooth whorls have, in fact, been reported in many extinct chondrichthyans and osteichthyan lineages,

Some of the early chondrichthyans even built their dentition entirely from closely spaced whorls.

If you need even another reason to realize how amazed researchers were after the new discovery, check out what Zhu Min has to say, a professor at the Chinese Academy of Sciences, as SciTechDaily also quotes:

We were astonished to discover that the tooth rows of the whorls have a clear left or right offset, which indicates positions on opposing jaw rami.

Osteichthyans are popularly referred to as the bony fish, and they represent a diverse taxonomic group of fish. Their skeletons are primarily composed of bone tissue. These creatures belong to the Teleostomi clade.

As for chondrichthyans, it represents a class that contains cartilaginous fishes. These creatures’ skeletons are primarily composed of cartilage, and they belong to the Eugnathostomata clade.

The new study was published in Nature.