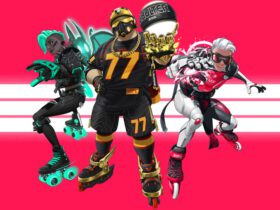 Even in 2022, astronomers still cannot fully explain what dark matter and dark energy are. The good news is, however, that they don’t stop looking for answers. It’s obvious why curiosity is high, considering that we’re talking about the ‘stuff’ that consists of most mass in the Universe.

Supernovae, on the other hand, are probably the most spectacular phenomena in the entire Universe. Scientists gathered data on stars’ explosions over two decades, and their findings now serve as new study material. SciTechDaily tells us about the work on the Pantheon+ analysis, which confirms the incredible abundance of dark matter and dark energy in the Universe.

The Universe is going through an everlasting expansion

Since the Big Bang, our Universe has constantly been expanding. Rather than perceiving the Big Bang event as an explosion, the more accurate description is that of the start of the expansion itself. The scientific world discovered that the Universe was expanding only about a hundred years ago due to the work of the American astronomer Edwin Hubble. Pantheon+ also speaks about the expansion of the Universe, and it emphasizes a disagreement regarding the pace of the expansion.

With these Pantheon+ results, we are able to put the most precise constraints on the dynamics and history of the universe to date,

We’ve combed over the data and can now say with more confidence than ever before how the universe has evolved over the eons and that the current best theories for dark energy and dark matter hold strong.

The new study was published in The Astronomical Journal.