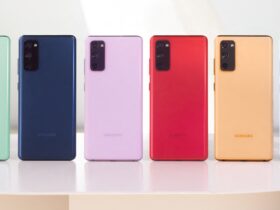 Wayne Brady will be the entertainer at the 2022 American Music Awards. Music’s big night will be on ABC on November 20 at 8 p.m ET, marking its 50th anniversary.

Bad Bunny is on top of the ranks with eight nominations; if he won all eight nominations, he could tie Whitney Houston and Michael Jackson for the most awards. The pop album and Latin album were his latest Un Verano Sin Ti.

Also, Lionel Richie will be honored with Icon Award, and Pink will go on the stage for an Olivia Newton-John tribute.

Read down below for more information about this big night.

Here is everything you have to know

When Brady found that he was the host of the year’s ceremony said:

I actually lost my mind. That is one of the most amazing feelings. You feel like one of the cool kids in school.

Who are the celebrities nominated this year?

First is Bad Bunny with the most nominations this year, and after are Taylor Swift, Drake, and Beyoncé with six each. The two female artists will fight for female pop artist and pop album.

Also, Adele, The Weeknd, and Harry Styles are included in the artist of the year category with five nominations. All three got nods for favorite album pop album,

Taylor holds the title for the most wins of the year with six total, and the record for AMA wins of all time is 34 total.

Wondering Who Are The Presenters?

Lionel Richie was announced as the recipient of the Icon Award.

I’m immensely grateful for a career that has taken me to places I never imagined that I’d go, from arenas worldwide to studio sets to the AMA stage.

Remember to watch the American Music Awards 2022, and if you would miss it, stay tuned because more information about this big night is coming!