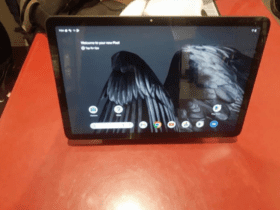 It has been stated that a new update to Android 14 is in the works, which would make it impossible for users to install obsolete applications. Applications submitted to the Play Store must meet the company’s minimum API level standards, which prevents developers from releasing apps that are only compatible with earlier versions of Android. However, this limitation doesn’t prevent users from sideloading older software. To fix this, Google is introducing Android 14 with, according to a recently disclosed code update (via 9to5Google), tougher API restrictions. Following the update, users will be unable to sideload APK files for applications that do not conform to the required API level. Apps that don’t follow the new standards will also be blocked from being installed via other app stores.

Initially, Android 14 would apparently prohibit applications that target extremely outdated Android editions. Google, however, has plans to gradually raise the bar to Android 6.0 Marshmallow and has already begun working on a system to do so. 9to5google claimed that original equipment manufacturers (OEMs) would likely be allowed to choose whether or not to use the functionality and choose their own threshold for outdated applications.

Developer adds that malware might target earlier SDK versions to escape enforcement of new API behavior, therefore, this step is an attempt to slow the spread of malicious software. It will still be possible for users to sideload APKs onto their devices, but the procedure will be more complicated. By making the procedure more hard, Google will make it less likely for people to install a malware-laden software on their smartphones unknowingly.

In the coming weeks, when Google unveils the first developer preview version of Android 14, we should find out more about this modification. Don’t miss a beat as we reveal all you need to know about the next improvement to the platform.