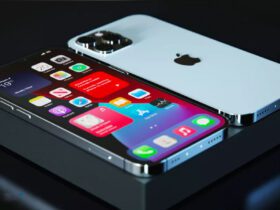 iPhone 13 Will Be Sporting an Impressive Display Rate

Check out below all the details about 1Password’s recent update and see the improvements.

The new “sign-in with” function of 1Password, which automatically remembers and fills logins using third-party credentials, was just released. Quite impressive, isn’t it?! The announcement comes shortly after 1Password also said that its users would be able to use passkey support in the first few months of 2019.

While single sign-on is helpful in reducing the number of passwords needed, it’s still a hassle for people to keep tabs on which third-party provider was used; our new browser extension feature alleviates this by allowing users to sign in to their favorite apps and websites with one click.

Practically, you don’t need anymore to keep track of the service provider they utilized because 1Password can do it for you.

The new features concentrate on how 1Password can be helpful for accounts that won’t utilize passwords as frequently in the future.
By supporting several platforms and cross-platform synchronization when it releases the following year, 1Password asserts that its implementation of Universal Sign On for passkeys will be superior to others.

Is the new feature available to everyone?

Users that subscribe to the Individual, Family, 1Password Teams, and Enterprise programs can use the new feature. The app works just flawlessly on Chrome, Firefox, Edge, and Brave browsers.