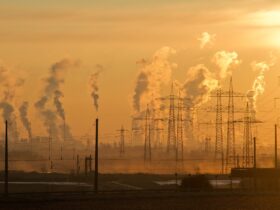 Animals Can Change Their Shapes to Endure Climate Change

Apple launched the new iPhone 14 lineup in early September, proving to everyone that it’s indeed possible to have better smartphones than those from the iPhone 13 series. With advanced processors (the A16 Bionic), improved cameras, and features such as the crash detection system that can be truly life-saving for many, the iPhone 14 easily holds the supremacy when it comes to smartphones manufactured by Apple.

But we all know that everything is not always all fine and dandy as it seems in the commercials. The crash detection system has proven to malfunction sometimes in the case of some iPhone 14 owners. Instead of alerting those users and calling the emergency services only when they go through any car crashes (God forbid), the crash detection system has been falsely perceiving that the user has been through an accident when he was just riding the roller coaster, for instance.

But hopefully, those unpleasant situations will now be history due to the new iOS 16 1.2 update, according to MacRumors. Apple has released this version of its mobile operating system to fix the malfunctioning of the iPhone 14’s crash detection system, among other potential fixes.

The new iOS 16 1.2 update is also available for older iPhones

It’s not mandatory to have the latest iPhone flagship to benefit from what the new iOS 16 1.2 update has to offer. iPhones as old as iPhone 8, which came out in 2017, and beyond, are also targeted by the new update. iOS 16.1.2 also brings security fixes for the targeted iPhones, as well as the Freeform app, improvements for the always-on-display functionality, and more.

iPhone 14 is the first lineup of Apple’s smartphones that features the new crash detection system, and it certainly won’t be the last one.

Apple has a long history of bringing software updates in order to improve its iPhones. Back in September, meaning the same month when the iPhone 14 series came out, the tech giant from Cupertino also launched the 16.0.2 update for iOS in an attempt to solve some of the issues regarding the cameras of the iPhone 14. Users have been complaining about the cameras shaking in some units while they were using social apps such as TikTok or Instagram.

In other words, it’s practically mandatory to grab the 16.0.2 update of Apple’s iOS if you have an iPhone 14. Without the specific iOS version, taking pictures with your iPhone 14 will be extremely frustrating. Also, the camera bug is not the only one targeted by the iOS 16.0.2 update. For instance, the update also fixes the unavailability of VoiceOver after rebooting the iPhone 14.

The iOS 16.0.2 update also takes quite a bite out of your iPhone’s storage space: 352.7MB, to be more precise. But even so, it’s certainly worth installing the update if you haven’t done so already.

Otherwise, the cameras mounted on the iPhone 14 lineup are indeed out of this world. If you own such a device, you can benefit from the 4K Cinematic Mode feature, the 48MP PRORAW, Apple’s “most Pro camera ever”, the action mode, and more. While recording videos with the iPhone 14, it won’t matter if the subject is going through intense motion. It will be completely feasible to film a person as he or she is moving very fast, for instance. That’s a feature that’s not present on many smartphones, but surely many more iPhones of the near future will have it.

If you haven’t received the new iOS 16 1.2 update to fix the crash detection system for the iPhone 14 yet, there’s no use in panicking. It should arrive any day now, and keeping your iPhone connected to your WiFi network is a very important part.