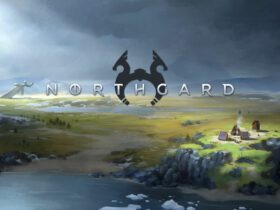 Tips For Getting Started In Northgard

For the first time ever, CEO Mark Zuckerberg was seen playing with a high-end virtual reality headgear, dubbed Project Cambria, on Thursday. The World Beyond, a new mixed experience that seems to entail a virtual pet, was shown off by Zuckerberg instead of the headgear itself.

In a video released on Facebook, Mark Zuckerberg explains that the World Beyond leverages Meta’s Presence technology to merge the real and virtual worlds. Here, the actual world (Meta’s headquarters) and a vivid virtual fantasy world (complete with a small blue pet monster) collide to provide an immersive experience for customers. Zuckerberg interacts with and virtual pets the creature, then seems to paint a virtual environment over actual walls.

First look at mixed reality on our next headset codenamed Project Cambria. This demo was created using Presence Platform, which we built to help developers build mixed reality experiences that blend physical and virtual worlds. The demo, called “The World Beyond,” will be available on App Lab soon. It’s even better with full color passthrough and the other advanced technologies we’re adding to Project Cambria. More details soon.

However, a sample version of the “full-color passthrough version” of The World Beyond would be made accessible through Meta’s App Lab shortly, Zuckerberg stated.
We received no additional information about the hardware. Video quality from Cambria’s sensors does not seem to be photorealistic, but rather closer to average home video quality. Another benefit of adding full color to the sensors, according to Zuckerberg, is that they can better discern between distinct real-world items, allowing the company to better locate virtual counterparts.

Project Cambria is scheduled to begin later this year. The device, defined as “a laptop for the face” in a recent article, is purportedly priced at $799 and above and intends to integrate remote work into virtual reality. There are four new VR headset types expected from Meta, and Cambria is one of them. With a price tag of $299, Meta’s low-end “Quest” headgear is expected to be updated in 2023. Then, in 2024, updated versions of Cambria and Quest will be released.