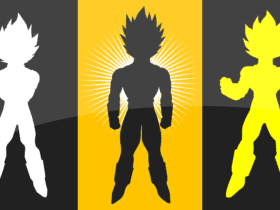 The James Webb Space Telescope hopes to learn how soon after the Big Bang galaxies formed and when stars began producing the ingredients required to create planets and life. The JWST has only just begun operations, yet it is already providing us with promising leads. Looking to ever-greater distances allows us to effectively travel across time, making it feasible to conduct studies of this kind. The light from distant stars and galaxies may take anything from years to billions of years to reach us, despite the fact that light travels at the speed of light.

Distances of this magnitude are difficult to comprehend when expressed in kilometers. “Light years” refer to the distance that light travels in one year, and are often used to describe such radii. When we see a distant galaxy, one that is a billion light-years away, we are seeing it exactly as it appeared to the light a billion years ago, when it first left the distant galaxy on its journey to reach us.

In seeing ever-more-remote objects, we get a glimpse of the cosmos as it was in its distant past. Time travel is possible with the use of telescopes. Our galaxy and others like it appeared in JWST data from less than 14 billion years ago, about 600 million years after the Big Bang.

The cosmic microwave background, or CMB, is the oldest and most distant object visible to us. Some 13.8 billion years ago, at the time of the Big Bang and the beginning of the universe, this occurred. When the cosmos expanded and cooled sufficiently for light to flow through, a glow pervaded the whole sky; this glow is the cosmic microwave background (CMB).  They are the remnants of the primordial galaxies, which formed as material clumped together and collapsed under their own gravity.

Because there were no stars, the cosmos became translucent. It was late, and the night was black. From the appearance of the CMB until the formation of the first stars, a “Cosmic Dark Age” existed. When that epoch concluded and the first stars and galaxies emerged is something we are really interested in learning about. To achieve this, we are utilizing our ever-improving sensors to expand our view of the universe away from Earth and into the past, where we will perhaps be able to see the earliest galaxies and stars forming.

Naturally, we need to know how far away we are gazing when we spot one of those distant, faint galaxies. Such massive distances are notoriously difficult to measure directly. Thankfully, there is a straightforward, rather reliable indirect approach. The cosmological expansion is used. Decades of research have led to this accurate measurement. Because of the accelerating expansion of the universe, the more away a galaxy is, the faster it is being swept away from us by cosmic gravity. If a galaxy is twice as far away from us as another, it will recede twice as quickly.

Hubble’s Constant describes the connection between the recession speed and the distance, and has been measured extensively. An accurate distance estimate for a galaxy may be obtained by measuring its recession velocity and then using Hubble’s Constant. It follows that we should look for dimmer galaxies that are receding from us at faster and faster velocities. The JWST and other advanced telescopes are needed for this purpose.

The JWST has just recently begun its operations, thus the finding of normal-appearing galaxies so soon after the Big Bang is cause for optimism. They must have begun rapidly coalescing. Because we haven’t gone far enough back through time yet, we have no idea how fast things are moving.