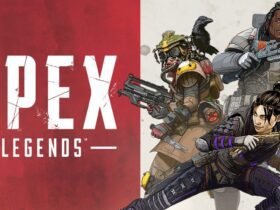 The design of the rear case of the upcoming Xiaomi Mi 11T has just been leaked. Mentions of iit have been made public in an FCC listing.

The database also claims that the Mi 11T will run on MIUI 12.5 out of the box and that it will boast an “overall diagonal dimension” of 174 mm.
In terms of brains, the Mi 11T is expected to run on a MediaTek Dimensity chip.

We are rapidly nearing the release date of the Mi 11T, especially as the regular version of the device appeared on the FCC database.

The entry featured some significant details about the device. For example, the mention that it will run on MIUI 12.5 means that it should be compatible with the well-known MIUI memory extension feature.

The documents have been made public by @stufflistings and MySmartPrice, and they depict the rear side of the Mi 11T. In the files, a technical drawing of the smartphone’s rear side can be seen.

Its case features a big rectangular-shaped cutout for the main camera system, making it look a lot like its predecessor, the Mi 10T in terms of camera housing design.

It is believed that the device’s screen will be 6.8 inches, according to the diagonal size.

It’s believed that the device will be launched on September 23. Other rumors about the 11T include the mentioning of a Dimensity 1200 chip, 120 Hz refresh rate, and a 64 MP main shooter.

The smartphone marks a new generation for Xiaomi, and its specifications point out that it’s going to be a capable smartphone, sold in a very affordable package, just like Xiaomi got us used to.

Stay tuned for more information regarding the 11T. The release date is right around the corner and we’ll make sure to keep you posted!