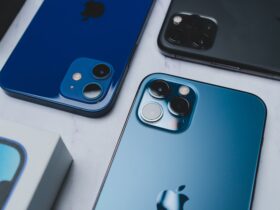 iPhone 15 Will Have An Absurd Price, As Per New Rumours

The Warsaw-based indie games publisher PlayWay S.A. collaborate with indie games developer Madnetic Games to bring WW2 Rebuilder to the gaming world very soon. The game falls into the strategy/Sim/RPG category of PC games, and it launches on PC via Steam next week, January 16, according to TGG.

As you’ve probably already guessed, the game in question is an immersive and highly detailed simulation that tasks players with rebuilding European cities that were devastated during World War II. It presents players with the opportunity to experience firsthand the challenging and intricate process of restoring and revitalizing urban areas that were left in ruins as a result of the devastating conflict.

In some European cities, such as London, Berlin, and Warsaw, the majority of the buildings were damaged or destroyed. In other cities, such as Moscow and Leningrad, although the damage was widespread, a significant portion of the building remained intact. In addition to the damage to cities and towns, countless buildings and infrastructure in rural areas were also destroyed.

It’s hard to tell if the WW2 Rebuilder game will implement all of those buildings, and only time will tell. The individuals comprising the team at Madnetic Games have collected a wealth of experience by previously working for notable companies such as Donkey Crew, Code Horizon, Imielsky Studio, Ten Square Games, Huuuuge, Codemasters, and MediaTonic and Reach Robotics.