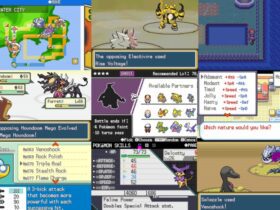 Pokemon Radical Red ROM Hack – Everything You Need to Know Before Downloading it!

The Destiny 2 team has made, seemingly out of nowhere, one of the best tweaks we’ve seen in a while to the game’s accessibility for new and casual players. Bungie has announced that, beginning later today, all players will have access to all combat modifications outside of the raid and Artifact categories. Not only does this cover the basics like weapon loaders and ammunition stocks, but it also covers the whole of the combat mod set required for Charged With Light, Warmind Cell, and Elemental Well builds.

There used to be a strange system in Destiny 2 where Ada-1, a Tower dealer, would only offer a few of new modifications per day. But it was random, and there were so few of them that she regularly went months without selling a crucial part of a construct that players had likely easily acquired in the season it was launched two years before, but for which there was now no simple way to get. Only this completely at-random vendor waiting list.

Things are different now. Given that everyone has access to all the modifications, anybody can make a powerful combat mod build fit for the endgame. Although Elemental Well builds have been trending as of late, several aspects of Charged with Light continue to see widespread usage. Since being severely downgraded, Warmind Cells have unable to find their footing again.

Because of the upcoming modifications to armor and armor mods in Lightfall, this event has apparently taken place at this time. Curiously, Bungie claims they want everyone to have an opportunity to appreciate all modifications as they now exist in their statement.

As a preview of things to come in Lightfall, we have some exciting updates coming soon.

Tomorrow, all standard Armor Mods are unlocked for everyone! With big changes coming to buildcrafting in Lightfall, we want to give everyone a chance to enjoy all mods in their current state.

Many members of the community want to see the present mod system revised because of two major issues:

After investing in required stat modifications and other mods, such as champion mods, you may find yourself with few open slots and little stamina. There are just too many modifications that are too expensive to employ, forcing you to choose only the most potent additions. With any luck, the new system will allow you to employ a larger variety of modifications, whether via increased availability or improvements to less-popular ones.

Bungie has made it such that changing your elemental affinity now just costs a few glimmer, although most players would rather see it removed entirely. If this occurs, the main issue Bungie has to address is the user interface (UI) burden of having that many modifications accessible on each piece of gear, but because we are transitioning to a new mod/loadout system, this may be doable. Elemental Affinity may not make it through the next modifications.