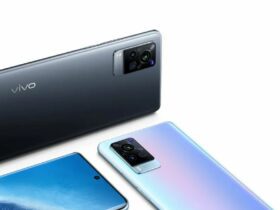 Vivo X70 is Tipped to Pack the Dimensity 1200 Processor: What to Expect

Windows 7 and Windows 8.1 are finally officially dead, which means that there’s pretty much no possible argument to keep clinging to either one of those operating systems. If you’ve been worrying that Microsoft is collaborating with reptilians and freemasons to force you to upgrade to Windows 11, we have news for you: nobody is even trying to force you to have a PC!

Windows 7 and Windows 8.1 have received their last official updates, according to XDA, which means that it’s time to move on and make the upgrade to a newer operating system such as Windows 10 or Windows 11. Windows 7 was released way back in 2009, while Windows 8.1 is already ten years old.

Windows 7: a legendary OS, but it’s time to move on

Windows 7 was widely considered to be a very successful and stable operating system. It was the successor to Windows Vista, which had received a mixed reception from users, and many people considered Windows 7 to be a significant improvement over its predecessor.

One of the most praised features of Windows 7 was its improved performance and speed, which made it faster and more responsive than Windows Vista. It also included a number of new features and improvements, such as a redesigned taskbar, improved file management, and support for touchscreens. Additionally, Windows 7 was more visually pleasing, with a cleaner and more modern design.

Another major benefit of Windows 7 was its high level of compatibility with both older and new hardware. It was able to run on a wide range of devices and computers, from budget-friendly netbooks to high-end gaming rigs, which made it accessible to a wide range of users.

Since Microsoft won’t release any more updates for either Windows 7 or Windows 8.1 starting today, it would be cyber suicide to keep surfing the web using those operating systems. Apart from the security risks, tons of apps won’t be compatible anymore.