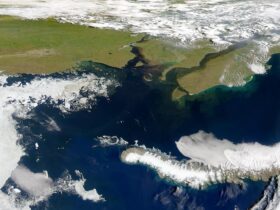 An Animal Managed to Survive 24,000 Years Frozen Under the Siberian Permafrost

A few important modifications will be included to Windows 11 in July 2022 to make it easier to run Android applications natively on PCs.

Android applications may be downloaded, installed, and launched on Windows desktops and laptops using the Windows Subsystem for Android. Amazon Appstore downloads are supported, but sideloaded programs and services are supported as well.

We’ve updated the Windows Subsystem for Android Settings app to now account for advanced networking. This means the IP address has been removed from the Developer section in the Settings app as the subsystem no longer has a different IP from your computer.

Windows 11’s Android subsystem will get an upgrade in July, Microsoft revealed this week. The July release will be available to Insiders first. In May, Microsoft promised that the update will be rolled out to new nations, although it is now only accessible in the United States.

What does the update include?

1. ADB debug prompts have been sent to Windows to make things safer.
2. Kernel patches for Android in May
3. Screenshots can no longer be taken of windows on Android that are marked as secure
4. AV1 Codec support
5. Turn on doze and app standby while you’re charging to save more power.
6. Added Advanced Networking features for ARM, including access for apps to local network devices.
7. Turned on IPv6 and the VPN connection
8. Tweaks for graphics, such as apps that flicker and broken graphics
9. Tweaks for app content that can’t be resized when you maximize or resize it
10. Bug fixes for scrolling in applications with a mouse or touchpad
11. Changes to the way videos play
12. Make it easier to open a web browser
13. Made it easier to connect to virtual Wi-Fi in the container and made it work better.
14. Chromium WebView 101 has been updated
15. Windows apps that play videos can now stop the display from turning off.
16. The VM IP address was taken out of the Settings app. With Advanced Networking, the VM’s IP address is now the same as the IP address of the device that hosts it.

It’s not a significant change, but it does provide a few new features for the Android subsystem. VPNs and IPv6 are now supported, which is a major advance in networking.

Additionally, Android applications may now instruct Windows to keep the screen active when a video is playing, ensuring that your computer doesn’t fall to sleep while you’re viewing movies or other video content. Android applications that are running in a “secure” mode no longer allow screenshots.

As previously said, this update is now only accessible to Windows Insiders, but it is expected to be made available to the general public within a few weeks.